I’ve just finished watching all Friends’ 10 seasons and I can’t avoid to spend a few words to what I would define the best TV series ever! I know right now you might think that there are so many good ones, but admit it you can’t avoid to watch a Friends’ episode if it hairs on TV. It’s simply addictive!

The II Mass will return for the last time. TNT has announced that is syfy show “Falling Skies” has been renewed for a fifth season which will be aired next summer. This season will be the last one so, the adventures of the II Mass will finish next year and we hope that the humanity finally will win against the aliens.

Are you ready to enter the Freak Show? Ryan Murphy has revealed that the next 8 of October the fourth season of his horror show “American Horror Story” will start. This season, we all know, will be titled “Freak Show” and the television channel has revealed the first official poster with all the cast. I’m really excited about this new season because a lot of new actors will join the cast and because Sarah Paulson will portray a two-head woman.

END_OF_DOCUMENT_TOKEN_TO_BE_REPLACED

Posted by mkserialblog | Filed under Netflix, Orange is the new Black

The second season of HBO “True Detective” is still so far from us but new details have been revealed by the television channel. First of all, Michael Lombardo, HBO programming president, said that they have two scripts for this new season and that they are simply awesome. He said that this second season seems to be more exciting than the first season. I’m very curious about this new script because the first season was simply the best and I hope that this new one will be as amazing as the first.
END_OF_DOCUMENT_TOKEN_TO_BE_REPLACED 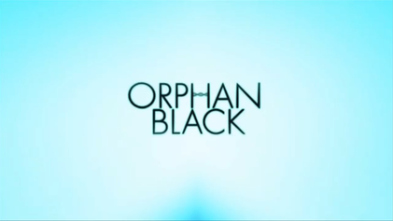 Great News for all the fans of BBC America “Orphan Black“. Cosima, Helena, Sarah, Alison and Rachel will return next year for more mysteries. The series has been renewed for a third season which will be aired next spring. We don’t know yet anything about this new season like if Rachel is survived or about Helena kidnapping or about the male clones, but we hope that in the next weeks some details will be revealed. One thing that I didn’t really like about the last season is that no new clone has been introduced in the show. I mean, I really want to see some new clones in the series because it will be really great if a new clone will be added as regular characters. I hope to see it in the next season.

Are you ready to meet the villains of FOX’s “Gotham“? In this new trailer of the show, we can see all the villains for the first season of this new series which will be aired this autumn. Get ready to know the dark side of Gotham.
END_OF_DOCUMENT_TOKEN_TO_BE_REPLACED

It has been revealed that a new characters will be appear during this third season of “Dallas”. She will not be a really new character but an old one because Tracy Lawton is coming back. This character, introduced during the 12th season of the original series, was a love interest for Bobby Ewing, daughter of Ewing’s rival Carter McKay and she was played by Beth Toussaint. END_OF_DOCUMENT_TOKEN_TO_BE_REPLACED

Ok, in the third season of “Game of Thrones” we lost Rob and Catelyn Stark but in this fourth season, we lost too many characters. If we start to count how many people died during this season, we noticed that this is the one with the must killed people so far.
END_OF_DOCUMENT_TOKEN_TO_BE_REPLACED

This time I would like to share with you my favorite quotes from one of the best comedy series on heart, “Veep“. The HBO’s show is simply one of the best and funniest series of the moment and Selina and her staff are simply great because their quotes are cynical and mean in a good way. So, enjoy with me this ten quotes from Selina Meyer.

The new SyFy’s series, “Dominion“, based on the 2010 film “Legion“, has revealed some posters for its characters. The television channel has published some official poster to present all the major characters of its future series. Remember that the show will be broadcast from the 19th of June in the same night in which “Defiance” too will return with its second season. And now enjoy the posters for this new series which seems pretty awesome.

END_OF_DOCUMENT_TOKEN_TO_BE_REPLACED

Eva Green, the star of Showtime‘s “Penny Dreadful“, in on the new poster for the movie “Sin City: A Dame to Kill for“. The actress will portray Ava Lord in the sequel of “Sin City“, and her story will centered around Dwight McCarthy (Josh Brolin) and Damien Lord (Marton Csokas).
The critics didn’t like this poster because they said that Eva Green was too naked but I think that this image is incredible. What do you think?

Three new actors will join the cast of Showtime’s “Masters of Sex“. During the future second season of the show, which will be broadcast the 13 of July, three new characters will join the story. The first of them is René Auberjonois (“Star Trek: Deep Space Nine“) who will portray Dr. Papanikolaou, the inventor of the pap test (Papanikolaou test).
END_OF_DOCUMENT_TOKEN_TO_BE_REPLACED

Great news for Hayden Panettiere. The star of ABC’s “Nashville” is expecting her first child. The actress is actually engaged with Wladimir Klitschko, an heavyweight professional boxer.
END_OF_DOCUMENT_TOKEN_TO_BE_REPLACED

Get ready for an autumn full of Amy. The star of “Parks and Recreation” (one of my favourite comedy series ever) will return the 28 of October with a new book titled “Yes Please“. I think that Amy is one of the funniest in the television world and that everything she does it’s perfect. So, what do you think about this cover of her future book?

Posted by mkserialblog | Filed under Parks and Recreation