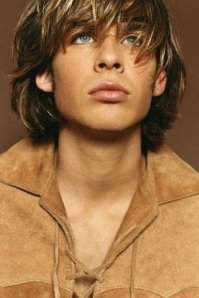 I bet that by now Ian Somerhalder is known to everybody thanks to his role in The Vampire Diaries as Damon Salvatore, but Ian started very young as a model working for Calvin Klein, Versace and many others and then he choose to pursue the acting career at 17.

One of his first roles was in the spinoff of Dawson’s Creek called Young Americans but the series wasn’t that successful since it lasted for just 8 episodes.